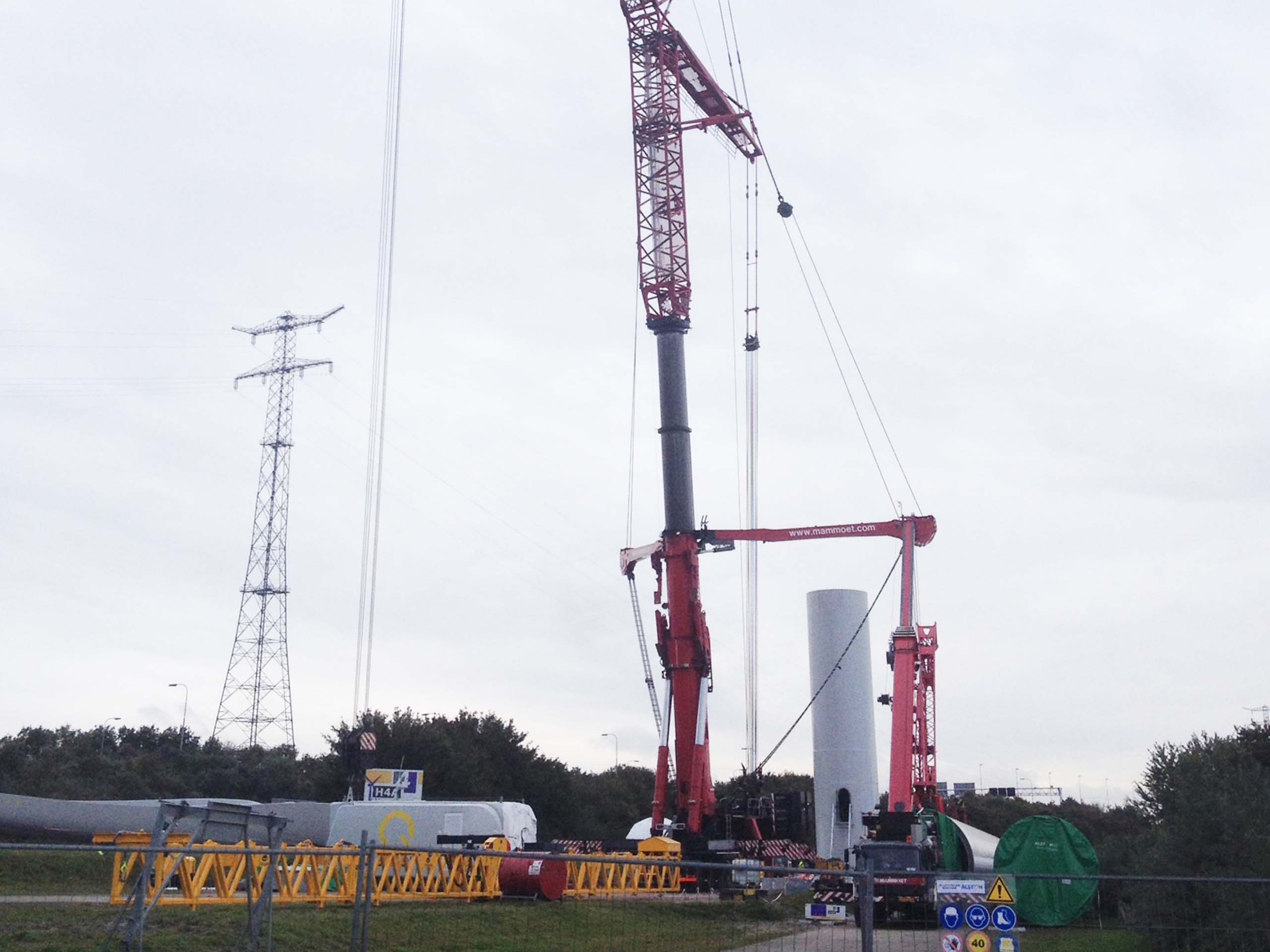 “Windpark Hellegatsplein B.V.” has taken the initiative to realize a wind farm at the Hellegatsplein, Goeree-Overflakkee. Since 2014 Qurrent is the new owner of the windfarm. Qurrent is an energy company, founded in 2006, who deliverers green energy to its customers. The windturbine project consists of a line setup of four wind turbines, placed in parallel to the highway A29 on the east side of Hellegatsplein, nearby a recreational beach area. Four Alstom ECO-110 turbines are installed having a production capacity of 3 MW each. The windfarm will have a total production capacity of 12 MW, sufficient to supply energy to approximately 8.000-10.000 households. The four wind turbines are interconnected by means of a 33kV underground cable system that transports the power produced by the turbines to a new build transformer station owned by the wind farm. At this transformer station the energy is transformed up to 50kV for transport by means of an underground 50kV cable towards the substation Ooltgensplaat of the regional grid operator Stedin. In the spring of 2015 contractor H4A has started the realization of the 50 kV cable connection. After that the construction of the 33kV windfarm cabling and the transformer station took place. The first turbine supplied energy to the grid in November 2015.

Energy Solutions contributed substantially to this project during engineering and realization. The following activities were carried out: