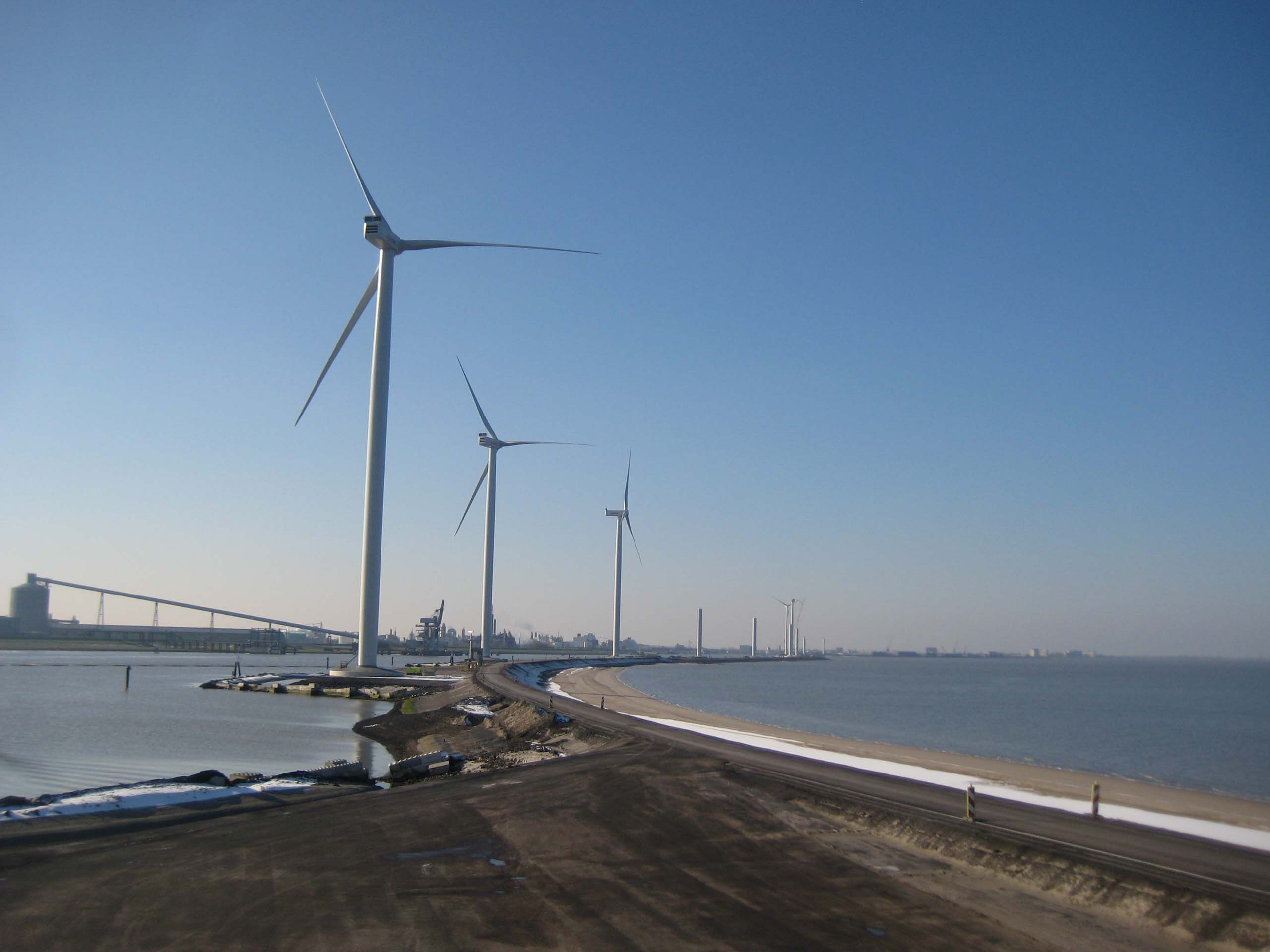 In Delfzijl in the province of Groningen, a modern windfarm named Windfarm Delfzijl Noord has been built. Windfarm Delfzijl Noord is constructed at the Schermdijk (14 wind turbines) and the Pier van Oterdum (5 wind turbines). The location is part of the industrial area Oosterhorn in the harbor area of Delfzijl and is controlled by Groningen Seaports. The windfarm consists of 19 Nordex wind turbines , each with a maximum production power of 3,3 MW. The total installed power in the windfarm is 62,7 MW, which is sufficient power for approximately 50.000 households. Google will buy all energy produced by the windfarm Delfzijl Noord for its datacenter located in the Eemshaven . The 10-year power delivery contract starts at 2016. By its production of renewable energy the windfarm yearly saves the production of 77.000 tons of CO2. The wind turbines are located at the Schermdijk and at the Pier van Oterdum. The turbines are interconnected by means of 21 kV cables that transport the produced energy to two newly realized substations. These substations each have their own connection to Enexis substation Weiwerd. To connect the turbines at the Schermdijk to the substations, two Horizontal Directional Drillings were made, to cross the harbor entrance, having a length of approximately 400 meters each. The cable connections between the wind turbines at the Schermdijk were installed in preinstalled tubes. The subcontractor has started in September 2014 with the HDD’s, cable laying and building the two substations. The first turbine delivered power in December 2014.

During this project Energy Solutions has contributed substantially to the design and realization of this project the following activities were carried out for Eneco: