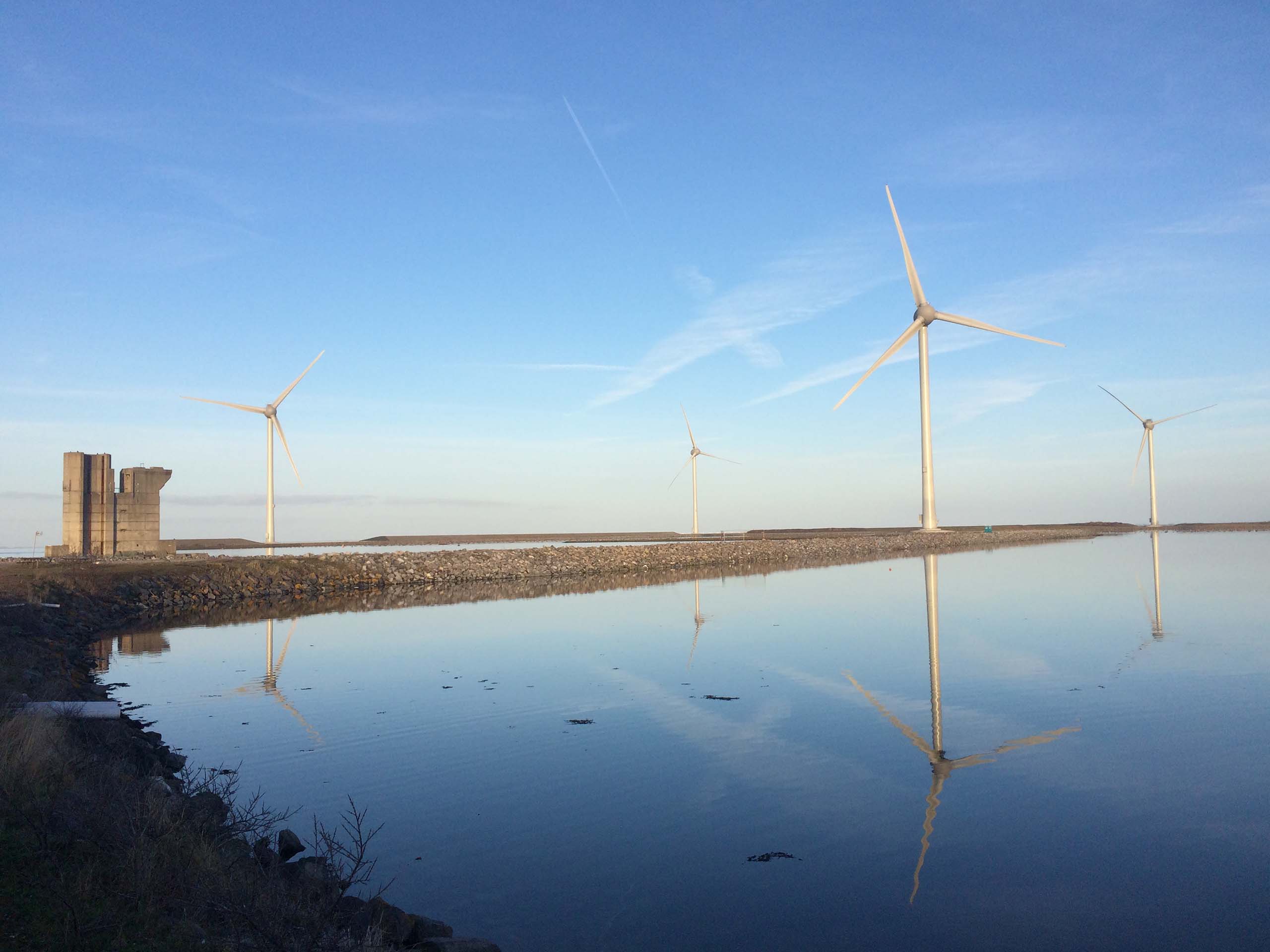 Windfarm Bouwdokken is being realised at the former dikes of the construction harbour (“Bouwdokhavens”) for the Oosterscheldekering. The windfarm is therefore located at a unique area next to the primary sea defence, a nature reserve and recreational area. The windfarm consists of 9 wind turbines of Enercon each with a nominal rating of 4,2 MW. At the first stage of the project 8 out of the 9 wind turbines will be realised. The total installed capacity of the windfarm once completed will be 37,8 MW. Full operation of the wind farm is planned from spring 2018 onwards after which the windfarm will generate a total amount of electricity comparable with the demand of about 42.000 households. The windfarm will consist of 3 strings of 20kV cables which connect the wind turbines with the new substation at the windfarm. At the substation the voltage will be increased to 150kV. The new substation will be connected via a nearly 30km long 150kV cable connection to the 150kV substation Goes de Poel of Dutch Transmission System Operator (TSO) TenneT. The 150kV cable connection shall be realised by means of a large section in open excavation combined with a large number of underground horizontal directional drillings. The route mainly follows the provincial roads through the municipalities of Noord-Beveland and Goes. Highlights along the cable route are the crossing of the Oosterscheldekering and the Zandkreekdam. The construction works for the grid connection have been started in October 2016 with the execution of the first horizontal directional drilling and the foundation works of the new substation. At the end of summer 2017 the grid connection will be fully operational for the connection of the wind turbines of windfarm Bouwdokken.

For this project Energy Solutions has a substantial role in the review and verification of the design and realisation of the electrical infrastructure. The following works are being performed in close cooperation with client E-Connection: